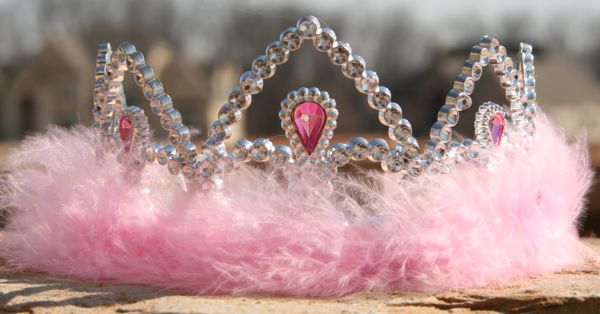 We had a busy weekend (again.)  I am so looking forward to Spring Break on the beach, just being able to stretch out and breathe deeply.

The Girl Scout pinewood derby was Saturday.  My troop had one trophy this year, one of the girls got 2nd place for speed!  (Not as many as last year but it was still lots of fun!)  Emily had to rush from dance to the derby, and then off to the Father-Daughter dance and movie with dad.  (My iPhone is acting up again and won’t upload my pics, if I can get them off I’ll post!)

Yesterday I attempted to clean her room while she was at sewing club.  ARGH.  After many bags of garbage and a trunk full of things to give away you can see the floor!  (Yes, it was that bad.)  I’m going to work on it again today and maybe I’ll be able to paint it before Spring Break.  She wants a crazy lime green color that I’m not too game on, but hey, I grew up in houses where we couldn’t paint the walls.

It’s so hard to believe she’s a teenager now.  I asked her if we could get rid of her dress-up clothes and she said “yes.”  🙁  We took them to the neighbor’s sweet little girl, so it made us both feel better knowing they would be used.  But still, no more tutus in my house… (except real ones, of course.)

My family is awesome!

Saturdays E has dance from what she considers daybreak for a weekend til noon, then
in the afternoons both she and M have Nutcracker practice til dinner time. Such troopers!
The boys and I dropped her off, then ran back to NLR to get yummy milk from the market (and a few more goodies) and to deliver more Cub Scout popcorn.
Scott had a convention all day, so we spent the whole hour and a half break between classes eating a fantastic lunch at Chip’s BBQ. I’ll admit, I’d never been there before. I worked in that area forever and never tried it.

It is a Little Rock staple and has been around since the 1960’s. It was so yummy! I had a BBQ chicken sandwich and Em had the pork. The boys both had burgers (notice all my kids were eating red meat since they don’t get it at home…)

We had heard the thing that makes Chip’s famous is the pie so of course we had to order some-
Coconut,
Chocolate,
AND
Lemon

The favorite?
Chocolate! (of course)
We couldn’t eat everything and the kids had very full bellies to dance with, but it was fun!
Sunday Scott finished the wood trim in the living room (he is awesome!) and I attempted to paint the kitchen ceiling (to no avail.) There is a water stain and I had no KILZ, so it kept seeping back through. About ten coats later I can still see it. ARGH.

The kids between a rock and a hard place
This weekend was gorgeous. Friday I had a Girl Scout startup cookout here. Then we just hung out here on Saturday and enjoyed the pool- but the kids were itching to run- so Sunday was a road trip day. We drove to Petit Jean and hiked.

What I saw the most of (trying to find my family)