On Back to School Blues

Monday was the first day of school for the boys…
Max is now a “middle schooler” in big old 5th grade
and Jac is a 2nd grader!
I dread school starting as much as the kids do.
Summer is so nice,
no running around trying to get people where they need to be,
no ironing,
no getting grumpies ready for school,
no making lunches at six A.M….
They both have great teachers though and that makes it a little easier.
Max said, “I think my class is really good this year and I think we have the best teacher even if she is strict.   I really like the book I’m reading.”
Jac said, “I hate the stupid cafeteria.  I’m never eating again.  But, my class is nice and I know people.”  (It’s always good to know people.)
All in all those are pretty good quotes from kids who wanted to be home-schooled last week!

With my youngest starting kindergarten life has been different.
Now, my life is busy but too quiet (except for dogs and chickens) until they come home. In the noisy car yesterday Jac wanted to know what it meant to go to the *principal’s office.

*Note that my kids’ principal is the sweetest person ever. 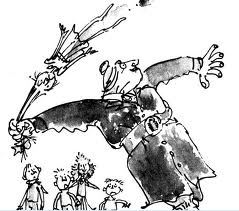 Jac:   “What do they do in the principal’s office?”
Max: “Put you in the chokey

Today is the first day of school!

My 3rd, 8th, and Kindergartner
I spent all night making a nap mat cover for Mr. Jac.
I didn’t use a pattern, just sort of winged it from the nap mat my mom had made me in kindergarten (yeah, I still have it.)  I put two stretchy circles of fabric on the end to tie it all up with, and Em made the pillow.  I was happy to use the fancy star stitches my machine can do around the blanket. Fun!

Alien on the Blanket

All my kids are in school this year,  and Cole and I don’t know what to do.

He wouldn’t stop barking when Jac was getting his clothes on like he was saying,  “You can’t make HIM go too, it was bad enough when just the two big ones went!” My reluctant kindergartner was fine until I said “bye” in the classroom.  I haven’t had a call yet, so wish us luck.
The house is too quiet.

Not so Wordless Wednesday: Kindergarten Woes

Yesterday Jac had to take his kindergarten “entrance exams.”  (Yeah, I know.)  He is REALLY not wanting to go to school, which starts in July by the way.  Being the youngest of three, he knows most of the kids & teachers at school already.  First he wouldn’t get out of the car.  He was not a happy camper and then refused to go into the room to take the test.
We tried:

You know what worked?  (Hint- None of the above!)
I had to go get Max from his classroom to go with him to take the tests.  They did make a volcano and I think they both ended up having fun. (Thank you for sweet, patient teachers!)

I took the boys to lunch at Your Mama’s, a busy “blue-plate” diner nearby.

Can you tell we don’t eat beef at home?

“Mom, these are the best rolls EVER!”

My thinking is that they don’t have the playground installed/purchased yet.  I mean, I don’t want to even go to a school with no playground.  All I can really remember about kindergarten was baking, playing dress-up, getting in trouble at naptime, and playing on the playground (chasing boys.)  I think it’s a sad state of affairs when No Child Left Behind has taken away all but the playground part, and most of that.  Being a parent of a now 8th grader who started kindergarten when this wonderful education plan started I can’t tell that it’s improved anything.

Picture of the ceiling in the waiting area

Picture of a tired resident